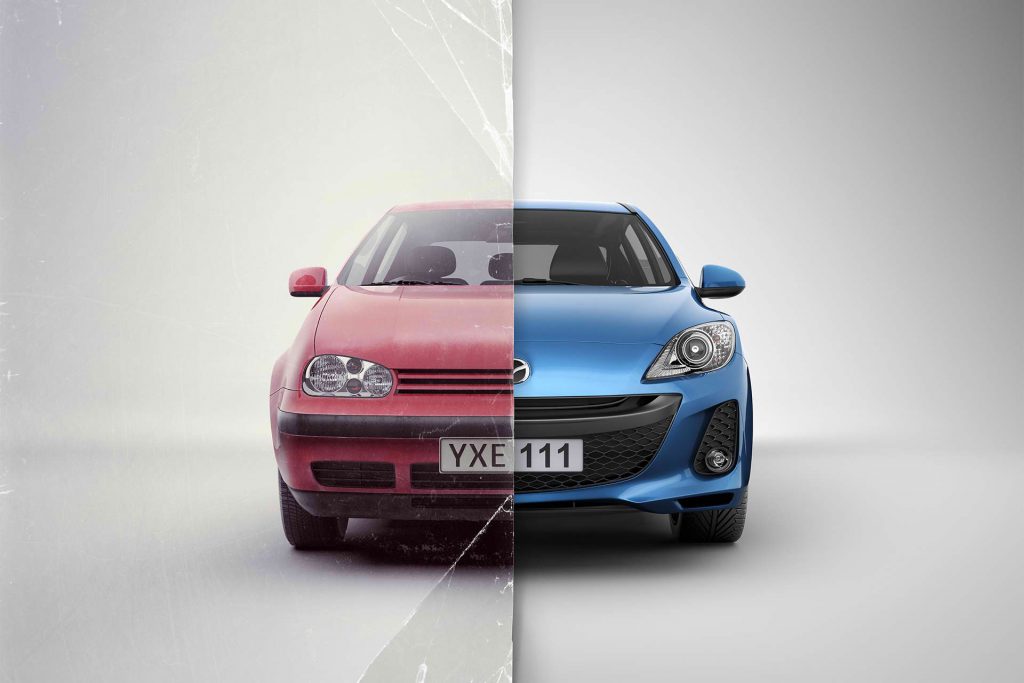 When I was buying my first car, the dilemma was, should I get a new car or a used car? Both options were ideal, but then, several things had to inform my purchase decision. In this article, find out the pros and cons of new vs. used cars from my shopping experience.

Buying a new car is everyone’s dream unless it’s a classic car enthusiast. But then, I realized I had to pay up more now that they are new. Buying new cars has advantages and disadvantages, as discussed below.

One of the pros of buying a new car is that reliability is guaranteed. Obviously, the engine and transmission are in top-notch condition, as well as the exterior and interior. With appropriate maintenance, a new car will definitely last than a used car.

Another advantage of new cars is that they come with the latest and most advanced technologies, be it infotainment, safety or performance features. Most of the 2021 car models on my wish list had new and advanced features compared to the 2015 model of the same car.

Third, it’s easier to get financing when buying new cars than used cars because the risk is lower. Data shows that new car buyers are more likely to pay back their auto loans than used car buyers.

Shopping for new cars is also easier. A new vehicle has everything in order; I didn’t have to stress about evaluation. All the new vehicles I viewed had everything intact, but almost all used cars I considered had one or two defects.

The last and most fundamental advantage of new cars is cheaper maintenance. Both new and used vehicles require basic servicing (interim car service), but used cars will be more demanding now that they need full or major car service sooner or later.

One of the biggest cons of buying a new car is depreciation. Statistics show that a new vehicle depreciates by 20% once it leaves the showroom.

Another con of buying used cars is the high costs. New cars are more expensive than used cars. Besides, the sales tax and insurance costs are also higher.

The used cars market has been growing exponentially in the last decade. According to the National Automobile Dealers Association, the ratio of used-to-new vehicle sales was 100 to 85 in 2019. Many believe that the growing demand for used cars maybe because of the Dealer Management Systems (DMS). Several car dealers happen to use DMS from US Dealer Track and similar firms to provide service price guides to their customers. With service price guides, car dealers can provide accurate estimates, including labor parts,
taxes and fees, thus reducing customer wait time while increasing pricing accuracy. And as it is known, a happy customer helps in generating large amount of revenue.

Anyway, it solely depends on the tastes of the individuals whether they want to purchase a used car or not. Below are the advantages and disadvantages of used cars that I noted.

The biggest advantage of buying a used car is that they are cheaper than new vehicles. Besides the initial costs, the insurance costs, registry renewals, and sales tax are lower.

Another advantage of buying used cars is that it’s easier to get that classy car I’ve always admired. With a budget of $30,000, for example, I found several luxury old vehicles like this BMW E30 for sale, but with the same budget, my options were limited when it came to buying new entry-level cars.

The biggest con of used cars is the risk of buying junk. A used car has undergone wear and tear, be it in the engine, transmission, interior, or exterior, mainly from things like hail storm damage so in that case, you would have to look up a hail dent removal cost in addition to the original cost of the car. Therefore, for me, this wasn’t a discouragement as I was able to check the car’s history and even used computerized diagnosis to ascertain the vehicle’s condition. Additionally, you should check if the SRS of the car is intact and contact a seat belt repair service to refurbish your seat belt back to its original condition if you notice the straps are fraying or sagging.

Another problem with used cars is less variety. I didn’t have many options when shopping for used vehicles compared to shopping for new cars.

Last, used cars have no warranty and are sold on an as-is basis. That means I would have to incur the costs of repair or parts replacement.

The question of buying a new car or a used car comes down to the budget. New cars are more expensive, but then they offer peace of mind. They also come with the latest features and have the best appeal. On the other hand, used cars are more affordable, but they are not as reliable as new cars. That was my experience!

This site uses Akismet to reduce spam. Learn how your comment data is processed.

Hey, I’m Laura, and welcome to my blog! I’m in my thirties, and I have an eclectic taste in a variety of things! Home decor and renovation, arts and crafts, cooking, singing, and recently writing too! So, I really hope you enjoy reading and have a beautiful day!